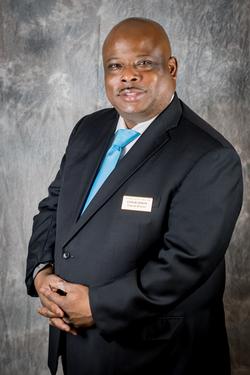 Leigh Dixon is a life-long resident of Honey Grove, Texas.

In 2003, Leigh began helping with funeral services at Jones-Walker & Son Funeral Home.  In 2006 he began his studies at Dallas Institute of Funeral Service.  He worked full-time as both a police officer and as a student in mortuary school.  Leigh completed his apprenticeship while in mortuary school.  He graduated from Dallas Institute of Funeral Service in May, 2007.  He was Vice President of his graduating class.  He was also recognized for his perfect attendance while enrolled.

Leigh became a licensed Funeral Director and Embalmer in August, 2007.  That same year he became a licensed pre need insurance agent. Leigh continues to serve the families of Commerce, Honey Grove, and all surrounding communities with honor and dignity.  In 2012 Leigh was named General Manager of the funeral home by Mr. Walker.  In 2018 Leigh and Terry Bryan became co-owners of the funeral home.

Leigh is married to  Undria and has three daughters:  Alisha, Laquitia, and Candisha; two sons: Maceo and Issac.  Leigh is a member of the St. James Baptist Church of Honey Grove where he serves on several boards.  He  served 12 years as an Alderman with the City of Honey Grove, 4 as Mayor-Pro Tem.  Leigh says that he entered the funeral profession to serve families as he would like to be served. 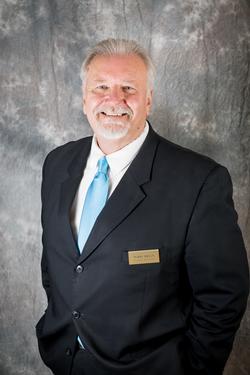 Terry Bryan was born in Paris, Texas, and graduated from Southwood High School in Shreveport, Louisiana.  Terry is also a graduate of East Texas State University (now Texas A&M - Commerce) with a Bachelor of Science in Agricultural Education and holds a Texas Teaching Certificate in this field.

Bro. Terry served as the Pastor of the Church at Klondike for nearly twenty years from 1991 until 2010, at which time he also served as Chaplain for the Klondike Volunteer Fire Department.  He has been involved in prison ministries by serving as a dormitory pastor in Bonham and as a Chaplain in Delta County, Texas, as well.

He is currently serving as the Pastor of the Saltillo Baptist Church in Hopkins County.

Terry's involvement in funeral service with Jones-Walker & Son Funeral Home began in 1996.  He considers funeral service an extension of the ministry by having the opportunity to assist people in a very real time of need in their lives.  His goal is to help bring comfort during a time of sorrow and to give hope to those who are in need by sharing with them the truths of God's Word. In 2018 Terry and Leigh Dixon became co-owners of the funeral home. 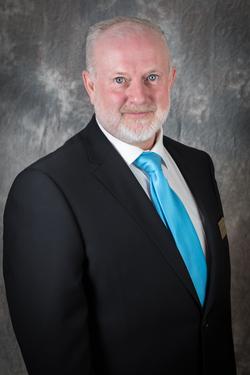 Tommy Robinson grew up in Commerce, Texas. He spent several years there before moving to Sulphur Springs and graduating from high school. Tommy has resided in Sulphur Springs ever since.

Tommy graduated from Dallas Institute of Funeral Service in March 2016, where he was recognized for perfect attendance. He was also the 2016 recipient of the Bill Pierce award for his dedication and desire to succeed in the funeral industry. After his apprenticeship, Tommy became a licensed funeral director and embalmer in September 2017, with Jones-Walker & Son under the direction of Leigh Dixon. “In this life we cannot do great things. We can only do small things with great love.” This quote by Mother Teresa is how I feel when working with families. It is my objective to always have empathy for those who are going through some of the toughest times of their lives.

Tommy has been married to Mary since March 1988. They have one son, Heath and a daughter-in-law, Lauren.

He enjoys traveling, fishing, and listening to classical rock music.

“My service to others is what makes me feel as if I’m doing as God intended.” Tommy

We stand ready to assist you. If a death has occurred, please call us on the number below: