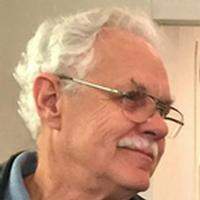 Dennis was born in San Mateo, CA on November 11, 1943, to Peggy Jeanne Kennedy White and William Jasper (Bob) White. He married Susan Allison White September 1, 1979 in Dickinson, Texas. William Dennis White was a Vietnam medic veteran with the United States Army. They moved to Commerce in 2010, in 2012 he became a member of the First Presbyterian Church where he was an Ordained Elder. Dennis was President of the Board of Directors of the Commerce Community Food Pantry, where he also worked, he felt called to do God's work, he took Jesus' instruction to Peter to "feed my lambs" literally Dennis could do anything, he never stopped learning or trying new things. He had a love for gardening, cooking and helping others. Dennis spent most of his life saving people. During the Vietnam conflict he was a medic instructor with the United States Army at Ft. Sam in San Antonio. He was called up to be a medic in a MASH unit at the front lines. He saved many lives during that time. There were many times he even saved the lives of some of his own family members. Dennis had such a commanding presence, yet he was so gentle and soft spoken. He had a gift of staying calm in any kind of situation and that always helped others. He was a blood donor and a tissue and organ donor, so even now he continues to save lives. Dennis served his God, his country, his family, his church and his community. He is loved by so many and will be missed by all.

Committal services with full military honors will be held on Friday, March 18, 2016, at 11:30 a.m. at Rosemound Cemetery of Commerce.

To order memorial trees or send flowers to the family in memory of William "Dennis" White, please visit our flower store.