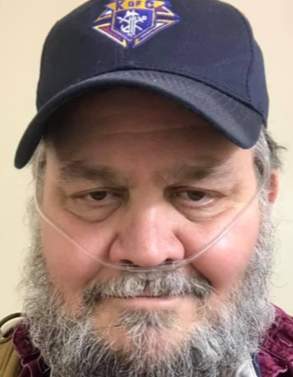 Recitation of the Rosary

William A. Mulcahy III (Bill), age 58, passed away March 11, 2021 in Commerce, Texas. He was born December 23, 1962, in Chicago, Illinois to William Anthony Jr. and Antoinette (Accardo) Mulcahy. Bill grew up with his parents and three sisters Kate, Joan, and Ann Marie. He lived in Riverdale, Il and graduated from Mount Carmel High School in 1982. Which was an all-boys catholic school, where Bill played football and went to State four times. He was also on the Chicago Police force for 2 years.

In 1991, Bill met the love of his life, Brenda K Reinhard. They married twice once with the Justice of the Peace on August 14, 1993 and then with family and friends present in Chicago on December 3, 1993. They met in Addison, Texas where he was becoming a pilot and she was living with her sister. A dog is to thank for this beautiful love story! They soon found a permanent home in Commerce, Texas, where they had two beautiful daughters Bailee and Breann.

Bill was a member of the St. Joseph’s Catholic Church in Commerce, TX. He took Christ into his life, and out into the world. Bill was a humble servant. He was the first to help, but the last to take any credit. With great humility and mentor leadership, Bill spent his lifetime in working with the Knights of Columbus. He was a Grand Knight of Council 16202 for 6 years; he was a Knight for 30 plus years. He led multiple charity events and making everyone laugh in the meantime. Bill was also heavily active in the Commerce Booster Club for 4 years planning a yearly sports banquet honoring all of the athletes all proceeds going back to the Athletic Department. Bill leaves a great legacy, but his greatest legacy is his children… They were his pride and joy. Bill loved spending time with family and friends. Whether he was battling an unlikely number of illnesses he never shied away from a challenge of making you laugh, he was always surrounded by those he loved and who loved him. An uncommonly good man, Bill will be remembered always for the many lives he touched.

To order memorial trees or send flowers to the family in memory of William "Bill" Anthony Mulcahy, please visit our flower store.

Recitation of the Rosary