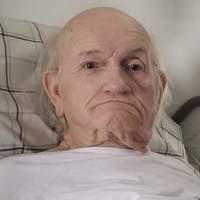 Will was born on September 7, 1942, the son of Walter Moss and Geneva Goff Moss. He was a handyman in the truest sense of the word. His skills included carpentry, electrician, upholstery, and various others including even painting scenes with oil paints. He also liked restoring old things. William was the kind of man that was always to lend a helping hand when someone needed it and family was always important to him. He was married to Judith Lee Schickling Moss who preceded him in death. He was also preceded in death by his parents.

Graveside services will be held Friday, April 3, 2020 at 1:00 P.M. in Mineral Wells, TX at the Woodland Park City Cemetery.

To order memorial trees or send flowers to the family in memory of William Edgar Moss, please visit our flower store.