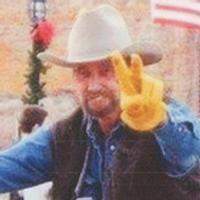 Clifford was born in Commerce on August 16, 1952, to Norma Jean Threlkeld Isaacs and William Clifford Isaacs. On June 25, 1971, he married Rita Thompson. He graduated from Rockwall High School and resided in Rockwall where he was a volunteer with the Rockwall Volunteer Fire Department for 23 years. He also joined the Masonic Lodge. In 1996, he became a reserve police officer for the Ladonia Police Department and bought a house there. He worked at remodeling it and finally moving there in 2001. The police department in Ladonia was done away with and he went to work as a reserve officer for Fannin County. He retired from the City of Richardson as a truck driver in the street department with 15 years of service. While with the City of Richardson, he helped with the United Way and the Carter Blood drive. While in Ladonia, he served on the City Council. He loved riding in the Christmas parade; he helped with the Chamber of Commerce events; he made sure the flags were put out for the holidays; and, he volunteered to help at the Ladonia Rodeo.

Private family services will be held at a later date.

To order memorial trees or send flowers to the family in memory of William "Clifford" Isaacs, Jr., please visit our flower store.