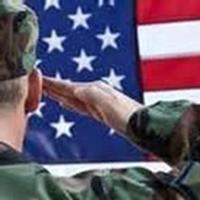 William was born in Lamar County on July 11, 1953, to Ivon Aulds and William Lee Hunter. He was employed at Wal-Mart in McKinney. William served in the United States Army and was awarded a Bronze Service Star.

Survivors include his two brothers: Ray Hunter of Commerce and David Hunter of Powderly; and, his sister, Gracie Williams of Weatherford.

To order memorial trees or send flowers to the family in memory of William Lee Hunter, please visit our flower store.
Send a Sympathy Card