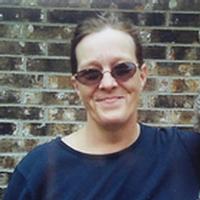 Vickie Ann was born in Red Creek, New York, on January 5, 1965, to June A. Lamond Abrams and James E. Abrams Jr. She was married to Jose (Pepe) Gonzales and was employed by Sodexo at Texas A&M University - Commerce.

Left to cherish Vickie's memory is her husband, Pepe; her mother, June; her two sons: Jacob and Jonathan Gonzales; and, her three granddaughters: Adyson Gonzales, Mya and Natalie Gonzales. She is also survived by her two brothers: Danny Platts of Ohio and James (Jim) Abrams III of Texas; her four sisters: Cindy McGinty, Valerie Pople of New York, Tina Dent and Tammy Abrams; and, numerous cousins, nieces, nephews and friends.

She was preceded in death by her father, James; her son, Christopher; her daughter, Nicole; her sister, Carol Abrams Lee; and, her brothers: Ronnie and Ricky Abrams.

A vigil will follow on the ball field at Commerce High School at 7:30 p.m.

Donations to the Abrams/Gonzales family may be left at Jones-Walker & Son Funeral home during week days from 9:00 a.m. until 4:00 p.m.

To order memorial trees or send flowers to the family in memory of Vickie Ann Gonzales, please visit our flower store.