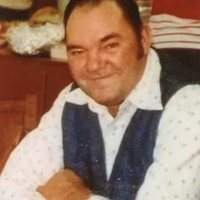 Doc was born in Hopkins County on November 4, 1934, the son of Lyman Talton Foster Sr. and Beulah Cockrum Foster. He enlisted in the National Guard of Texas in March of 1953 and was honorably discharged as a Specialist Third Class in March of 1959, following this, he was also honorably discharge from the Army Reserves in February of 1961 with the grade of SP4, and a sharpshooter designation. Verdis married Fada Loudene Foster on December 20, 1958 in Hugo Oklahoma, she preceded him in death. He was employed at Pedco Industries in Cooper, Texas for many years until his retirement. Doc loved to hunt and fish and to grow his gardens from which many people were blessed. He was the type of man that would give anybody anything he had if they needed it.

He was preceded in death by his parents, his wife and four brothers: Ellis Foster, LT Foster, Odel Foster and George Foster.

A memorial service will be held for Verdis Leo "Doc" Foster at 2:00 p.m. on Sunday February 23, 2020 at Three Rusty Nails Church on W. Dallas Avenue in Cooper, with Kaleb Wright officiating. The church will host a meal for the family prior to the service at 12:30 p.m.

To order memorial trees or send flowers to the family in memory of Verdis "Doc" Leo Foster, please visit our flower store.