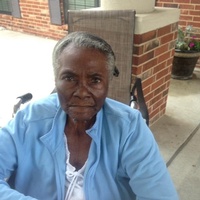 Vera Lee Crenshaw-Harrison born on September 24, 1927, to the parentage of Joseph and Mariah Crenshaw in Kildare, Texas. She received her formal education in Linden School District now known and CISD, Linden, Texas.

She confessed Christ at an early age under the pastoral leadership of the late Rev. C.L. Garrett, Pastor of the St. John Baptist Church, Kildare Texas. As a young girl her mother Mariah made sure she and her siblings had a foundation as they made their way to St. John each Sunday in their Sunday best.

After moving to Commerce, Texas, she united with the True Vine Baptist Church under the pastoral leadership of the late Rev. Larry Price, currently pastored by Rev. M. Clay Price. She was faithful until her health began to fail. She searched the scriptures daily and stood on her faith. Along her journey she continued to plant seeds of faith and time and time again we witnessed her mustard seed faith (Luke 17:6) in action. She always said, â€œwhatever happens, it is well with my soulâ€. Her favorite song was Precious Lord. As she traveled this journey and life took a toll on her body and memory, she would write down what she had read in the scriptures. Her Grandchildren and great-great grandchildren kept her young at heart and she lived life to the fullest.