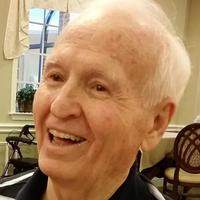 Thomas Edward Burris was born on Sept. 21, 1929, in Sutherland Springs,TX, to Albert and Lola Burrisâ€¦their firstborn child. During these difficult Depression years in America, Tommy, as he was called, lived with grandparents and other relatives while his parents struggled to find work. Between the young ages of 4-7, Tommy was allowed to roam through nearby woods and by the creek all day without supervision. So long as he showed up for meals, no one worried. Tommy quickly developed the art of entertaining himself and loving the outdoors. As an adult, Tom remembered this time with great fondness. He loved to tell stories of his grandfather boasting about being a Texas Ranger and his grandmother, an American Indian who bore 14 children, ruling the roost with a quiet but firm hand.

As the country began to heal and his parents found solid employment, Tommy moved back in with his mother and father. Continuing to live very simply, he began to enjoy the role of the only child. Tommy loved school and was proud of the fact that he never missed a single dayâ€™s attendance from kindergarten to high school graduation. At the age of 17 Tommy entered The University of Texas in Austin where he studied Business Administration. During this time as a college student, his parents surprised him with a baby brother, whom they named James. Upon graduation, Tom as he now felt he should be called, joined the Navy and was accepted into Officer Training School. He flourished in this capacity and moved up the ranks to Captain. He subsequently spent the next half decade commanding a ship of several thousand men. Tom, it seemed had a natural flair for managing others, and his wife Michele tells that he shared with her that his years in the Navy were perhaps his favorite and most valuable work as well as personal life experience.

Tom married during this time and within a few years fathered 4 childrenâ€¦.3 sons; Mark, Peter, and John and a daughter Rosemary. At the end of his tour in the Navy, Tom began his career as a Loan Officer and Bank Manager in Ohio. A Business opportunity then lead the family to Texas where Tom continued his work in Banking and Real Estate. He was perhaps most proud of and his affiliation with the Catholic Diocese where he helped to provide affordable housing for those in need. Eventually Tom started his own business in Property Management where he continued to focus primarily on building and managing single family homes for the middle and lower income population.

After a 5 year stay in Northern California, in the 1970â€™s Tom returned to Texas and in 1981 married Michele Roberts David. An unlikely match on the surface, Tom and Michele spent the next 35 years together as husband and wife completely devoted to each other. They traveled extensively, enjoyed music, the beauty of nature, animals, books and movies of all kinds, and discussing history, politics and philosophy. Michele brags that there was rarely a dull or boring moment together. Besides being a loving husband, Tom also took on the role of stepfather helping to raise Micheleâ€™s 2 pre teenage daughters. His capacity for patience and tolerance was well tested during those years and Michele and her daughters Allison and Christine as well as his adopted daughter Laura, all agree that Tom was perhaps the kindest, most generous and caring man they had ever known. What better legacy could one hope for than that.

After a long life of vibrant health and energy, Tom spent his last few years in a Memory Care Facility struggling with Dementia. The wonderful people who cared for him all agreed that Tom was the light of their day. He was active, engaged, funny, entertaining and sang much of the time. He smiled continuously and bonded closely with many of the staff members and residents. From the time he moved in he began referring to Michele as â€œMichele my Belleâ€ and would repeatedly ask â€œwhen Is Michele my Bella comingâ€? When she walked in the door each day, Tomâ€™s eyes would light up and all the staff smiled and welcomed her as part of their family.

Tom passed peacefully at 8 am on the morning of October 25, 2016 with Michele and the nurturing Hospice aides at his side. We love you and will miss you terribly, Tom. May you now rest eternally and peacefully in the arms of the angels.

A memorial service for Tom will be held on Friday, Nov 18th 2016 at 11am in the chapel at Our Lady of the Lake Catholic Church in Rockwall TX. There will also be a Military Honor Guard Ceremony that afternoon at 3:15pm at DFW Memorial Cemetery, 2000 Mountain Creek Parkway, Dallas, TX 75211.

In lieu of flowers the family is requesting that donations be made to Patriot Paws Service Dogs, 254 Ranch Trail, Rockwall, TX 75032.

To order memorial trees or send flowers to the family in memory of Tom Edward Burris, please visit our flower store.