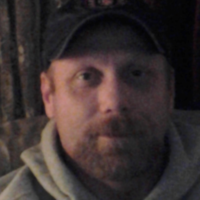 Terry was preceded in death by his mother Patricia Mcelroy.

Terry is survived by his father Rex Brown and Step-mother Diane Brown of Venus, TX. Terry is also survived by two sisters Sheila Brown and Shelly Ishmael as well as three brothers Rex Brown Jr., Chris Brown, and Jeff Rorie and a host of cousins, nieces, and nephews.

Terry was always known for his comedic and â€œLife of the Partyâ€ personality. Terry had a big heart and would always make people laugh and he himself had a unique laugh that could be heard from across the room. Terry had a love for music, animals, his family, and Dr. Pepper. Terry was a very caring person and he will be missed dearly by those who really knew what kind of person he was and how big of a heart he had.

Graveside services will be held for Terry on Saturday December 21, 2019, at 1:00 p.m. in the McDonald Cemetery at Howland, Texas.

To order memorial trees or send flowers to the family in memory of Terry Wayne Brown, please visit our flower store.
Send a Sympathy Card