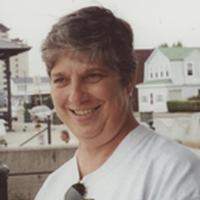 Susan Marie Mitchell, 66, of Campbell went home to her Lord and Savior on Wednesday, September, 21, 2016.

Susan was born on July 13, 1950, in Cambridge, MA, to Margaret McGilvery and Doyal Lee Richerson. On April 10, 1969, she married Jimmy Mitchell. Susan had many hobbies which included; bowling, crafts, fishing, sewing and quilting, she loved football, the New England Patriots or anyone that beat the Dallas Cowboys. Besides her family her best love was Mickey Mouse anything, Mickey Mouse.

She was preceded in death by her husband; her parents; her grandson, Kyle Neece; and, her sister, Shirley Greene.

The Rosary will be recited at 11:00 a.m. on Saturday, September 24, 2016, at St. Joseph Catholic Church, 1508 Cooper St., Commerce, followed by the celebration of the Mass of Christian Burial with Father Marcus Chidozie officiating.

An Honorary Pallbearer will be John Ayers.

Rosary and Mass of Christian Burial

To order memorial trees or send flowers to the family in memory of Susan Marie Mitchell, please visit our flower store.