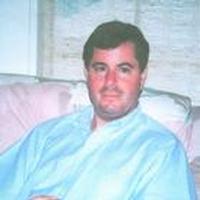 Samuel was born in Dallas, Texas on August 18, 1958 to Anne Kamen Tater and Bruce Harris Tater.

Samuel worked in Dallas Texas and in Tulsa, Oklahoma as a General Manager for Auto Dealerships.

His favorite pass-time was enjoying time with his friends and playing hockey.

Samuel was preceded by his father, Bruce Harris Tater.

Samuel was kind, considerate, and caring with a great sense of humor. Samuel will be greatly missed.

In lieu of usual remembrances, donations may be made to a charity of choice.

To order memorial trees or send flowers to the family in memory of Samuel Charles Tater, please visit our flower store.
Send a Sympathy Card