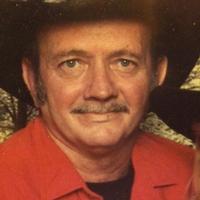 Sammy was born in Ivanhoe, Texas, on November 18, 1945, to Laura Stephens and Robert Keene. He was employed as a welder.

Sammy was married Jeannie Dacus in 1990 in Sumner, TX.

He was preceded in death by his parents; his son, Clinton McDonald; and, his two brothers: Edward Keene and Jimmy Keene.

No services planned at this time.

To order memorial trees or send flowers to the family in memory of Sammy Lee Keene, please visit our flower store.