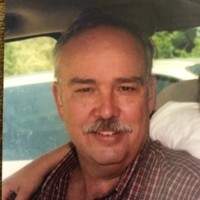 Sammy was born January 29, 1955 in Paris, Texas to Muriel and Billy Jo Crawford. They later moved to Blossom, Texas where Sammy would live until he graduated high school from Praireland High School in Pattonville, Texas in 1973.

After graduation, Sammy then joined the United States Army and was honorably discharged in 1975. After leaving the Army, he went to work at E-Systems (now known as L3 Communications) and retired after 33 years as an electrical engineer.

Funeral Services for Sammy will be held at the Jones-Walker and Son Funeral Chapel on Saturday January 4, 2020 at 1:00 p.m. with Bro. Terry Bryan officiating. Family and friends will gather for visitation immediately following the service.

A private family interment will be held at a later date.

Jane and the boys would like to express special thanks to the employees of Omega's Restaurant, Hunt County EMS and Commerce Police Department for coming to Sammy's aid. God bless you all.

The boys and Jane would especially like to thank Vie Bozeman and Krystle Lewis for coming to her side at Omega's and helping her.

To order memorial trees or send flowers to the family in memory of Sammy Dale Crawford, please visit our flower store.