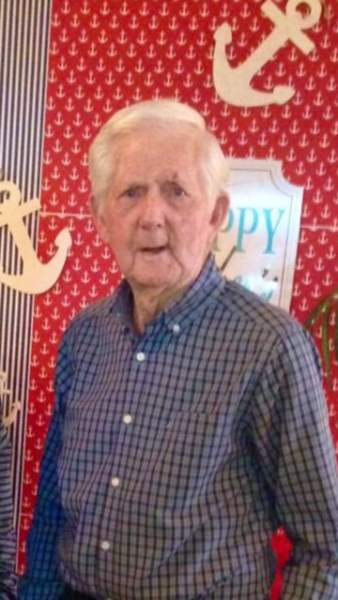 Sam Ruben Stewart, 89, of Rockwall passed away on Saturday night, January 30,2021 at Rockwall Health Care Center. He was born on January 1, 1932, in Crockett, Texas, the son of William Cofield Stewart and Emma Sue Williamson Stewart. Sam loved going to church and listening to the gospel and he was a member of Faith Outreach of Greenville. His favorite past time was being in nature, hunting and fishing for catfish or crappie. He also enjoyed fixing and building all kinds of things; from vehicles to houses. Sam enjoyed gardening as well and participating in the occasional treasure hunt. It's been said that he came from a big family and he had a big family and he loved and valued spending time with all of his loved ones.

Graveside service will be held on Wednesday, February 3,2021 at 11:00 A.M. at Rosemound Cemetery in Commerce.

To order memorial trees or send flowers to the family in memory of Sam Ruben Stewart, please visit our flower store.