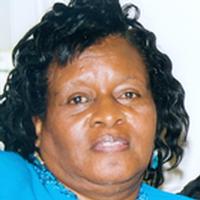 Ruthie was born in Honey Grove on March 13, 1945. She was the daughter of the late Ruby LeShaw. She was married to Charles Griffin.

She was preceded in death by her mother, Ruby LeShaw; her daughter, Freida Patt; her two brothers: Roy LeShaw and Lloyd LeShaw; and, her sister, Deloise LeShaw.

Burial will be in Cedar Hill Cemetery in Honey Grove.

To order memorial trees or send flowers to the family in memory of Ruthie Mae Griffin, please visit our flower store.
Send a Sympathy Card