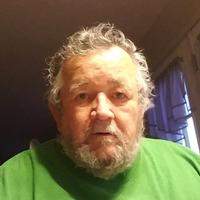 Roger was born in Oakland, California, on November 6, 1942, the son of Roger Walter Patterson and Irene Mae Thompson Patterson. He was a veteran of the United States Navy and a retired Master Plumber.

He was preceded in death by his parents.

To order memorial trees or send flowers to the family in memory of Roger T. Patterson, please visit our flower store.