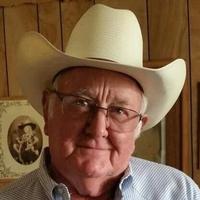 Robert was born in Fairlie, Texas, on July 3, 1937, to Stella Ruby Rice Speight and John Arthur Speight. He was a dairy farmer. In April, 1957, Robert married Barbara Hunt at the Fire Station in Durant, Oklahoma.

He was preceded in death by his parents Stella and John Speight.

To order memorial trees or send flowers to the family in memory of Robert Lee Speight, please visit our flower store.