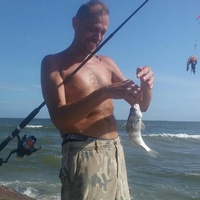 Ricky Lynn Davis, formerly of Commerce, peacefully passed from this life at the age of 58 on Wednesday evening, October 4, 2017, at his residence in Galveston.

After graduating from Commerce High School, Ricky went straight into the work force. He was employed by American National Insurance Company in Galveston as a Claims Specialist at the time of his death. One of his favorite pastimes was fishing off of jetty #33 in Galveston, where he would spend hours in his efforts to make the prize "catch of the day".

Ricky is survived by his partner, Darron Proctor of Galveston (along with his "fur-babies" Lucy and Molly); his mother, Della White of Winnsboro; and, his sisters: Debbie (Steve) Cowart of Quitman, Kathy (James) Skaggs of Gordonville, Pat (Vic) Norman of Lake Kiowa, and Jennifer (Kent) Schepp of Pickton. He is also survived by a host of nieces, nephews, friends, and his church family of the Life Church in Houston.

He was preceded in death by his father; a brother, Kenny Davis; his sister, Lisa Bass, and nephew Jaden Chester.

Funeral services will be held in the Jones-Walker & Son Funeral Home Chapel with Brenda Longhofer officiating.

To order memorial trees or send flowers to the family in memory of Ricky Lynn Davis, please visit our flower store.