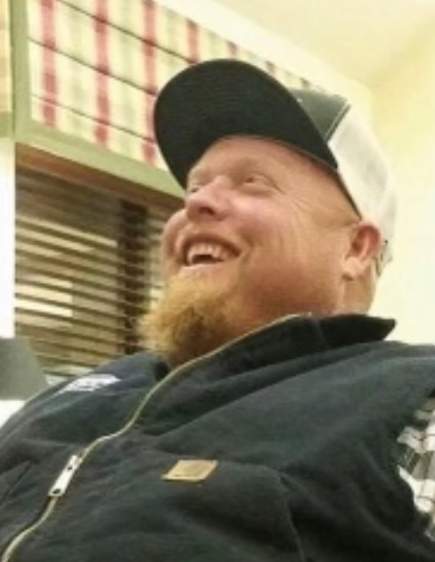 Ricky Belcher, 45, of Cumby passed away on Friday, August 13, 2021 at Christus Mother Frances Hospital in Sulphur Springs. Ricky was born, December 28, 1975, in Commerce, Texas, the son of Rickey Edwin Belcher and Teresa Evelyn Fedrick Belcher Petty. He was a graduate of Commerce High School class of 95, where he also took an active part on the State Championship Football Team. Ricky was a rancher and was employed by O'Neal Cattle Company of Commerce. Ricky married Misty Abrams on May 8, 1999 in Commerce and they made their home in Cumby, Texas. Ricky enjoyed working cattle, hog hunting, riding around "making roads", and drinking beer with his friends. He never met a stranger, and will be truly missed by all who knew him.

Ricky is survived by his mother Teresa Petty, wife Misty, two daughters: Taylor Belcher and Tori-Ann Belcher, a grandchild, Denver Rae( coming in October), a sister Tiffany Lynn Keels and a brother Zane Belcher, step-mother, Penny Belcher Muecke, step sisters: Lisa Burgess, Michelle Bernhardt (Richard), and Carrie Petty. He is also survived by a great host of aunts, uncles, nieces, nephews and friends.  He was preceded in death by his father, Rickey Edwin Belcher and an infant brother, Billy Dale Keels, stepdad James Petty, and all of his grandparents and great grandparents.

To order memorial trees or send flowers to the family in memory of Ricky Belcher "Fluffy", please visit our flower store.