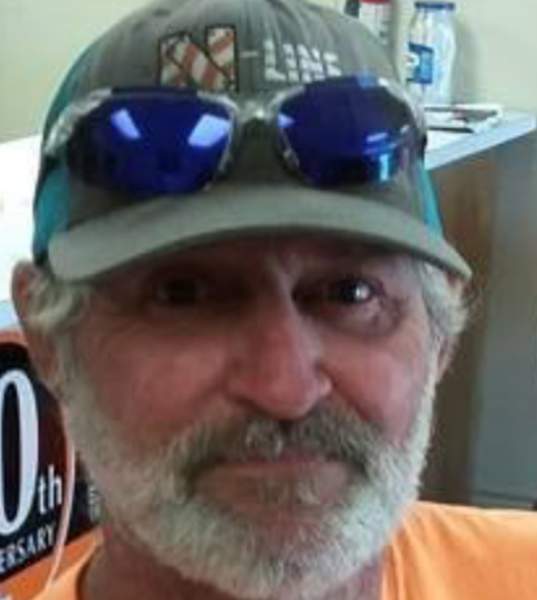 Rickey Don Childers, 63, of Commerce, passed away at his residence on August 2, 2022. He was born in Dallas on August 7, 1958, the son of Floyd Wayne Childers and Lula Bell France Childers.

Rickey was a devoted Father, Grandfather, Cousin, brother and Friend to everyone he knew, he worked hard everyday for the City Sanitation in Commerce, TX for 26 years for Richard and Mary Miller of Campbell, TX, he trimmed trees for Asplund in his younger years and he was proud of that. He loved to hangout and enjoy time making memories with his friends and family, he loved to play pool and go to the car races, but over all he loved his Daughter and his grandchildren all 7 of them. He lived in Commerce, TX and was a well-known resident for many years and grew up in Wilmer, TX where he met many of his lifelong friends and made many memories with his family.
He is survived by his daughters: Susan Marie Childers - Morales and Husband Earnest Dwain Morales and Rebecca Ashley Childers - Reynolds; grandchildren: Brianna Marie Patrick of Ben Franklin, TX, KyLeigh Michelle Childers of Ben Franklin, TX, Destinee Cheyenne Morales Ben Franklin, TX, Eric DJay Macy of Las Vegas, NV., Reiny Lea Morales of Ben Franklin, TX, Earnest Chase Morales of Greenville, TX,and Brittin Angel Emena Morales of Show Low, AZ. Other survivors include his ex wife, Teresa LeAnn Tillery, a brother, Isaac Smith of Longview and a sister, LaShaune Saulsman of Dallas. He was preceded in death by his Father, Floyd Wayne Childers and Mother, Lula Bell France - Childers both of Wilmer, TX and Cousin- Johnny Dee France of Round Rock, Austin
Funeral services for Rickey will be held at the Jones-Walker Funeral Chapel in Commerce on Saturday August 6, 2022.  Visitation will be at 3:00 p.m. and Funeral Service will follow at 4:00 p.m. with Dwain Morales, Brianna Patrick, Destinee Morales, Chase Morales, Devon Woods, Billy France, Fabian Fields, and Amanda Riley serving as pallbearers.

The family would prefer Memorial Donations.

To order memorial trees or send flowers to the family in memory of Rickey Don Childers, please visit our flower store.