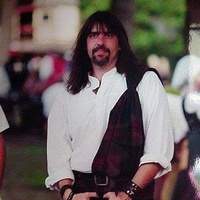 Rich was a 1986 graduate of Commerce High School, and earned a Bachelor of Science degree in Radio/TV in 1992 from East Texas State University. He moved to Amarillo in 2001 where he worked at News Channel 10. He married Valerie Porter in 2002. They had two sons, Ryan 15 and William, age 9.

The family moved to Commerce in 2014, where Rich worked at Texas A&M University-Commerce as a Video Production Specialist. His wife, Valerie, is the Administrative Assistant to the Director in the College of Agricultural Sciences and Natural Resources at Texas A&M-Commerce.

Rich was a die-hard fan of the Oakland Raiders. He was known for his trenchant wit and love of argument.

Richard is survived by his wife, Valerie, his sons Ryan and William, his Father, Richard P, â€œDickâ€ Fulkerson, his sister Katherine Fulkerson, and his brother-in-law, Jay Williams, all of Commerce, and by his parents-in -law Merle and Beverly Porter, and Sister-in-law Jessica Mayhue all of Amarillo.

In lieu of flowers, those wishing to honor Richard may make contributions to the Dick and Sharon Fulkerson Quasi-Endowment at Texas A&M-Commerce.

To order memorial trees or send flowers to the family in memory of Richard "Rich" Todd Fulkerson, please visit our flower store.