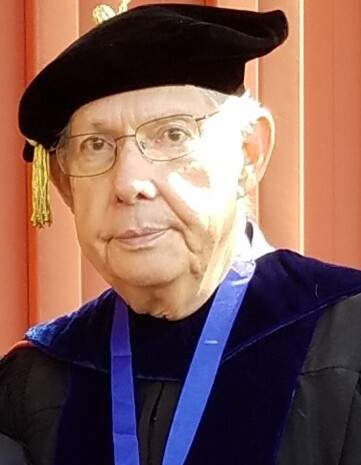 Richard Paul Fulkerson, 79, of Commerce passed away at his residence on Saturday, March 27, 2021.  He was born in Herrin, Illinois on February 9, 1942 to Elbert Fulkerson and Emma Grace Mossberger Fulkerson.  He met and married Sharon Ann Loveless in Columbus, Ohio in 1970.

Dick retired from Texas A&M University-Commerce where he was a Professor of English. He held a Doctorate degree in English. During his tenure at Texas A&M-Commerce, he was past Co-Director of the Honors Program, Mayo Professor and Professor Emeritus.

He was preceded in death by his parents, wife Sharon, son Richard and all of his brothers and sisters.

A memorial celebration will be held at a later date.

In lieu of flowers please make donations to the Dick and Sharon Fulkerson Quasi-Endowment at Texas A&M University-Commerce.

To order memorial trees or send flowers to the family in memory of Richard Paul Fulkerson, please visit our flower store.