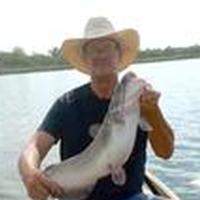 Richard was born in Detroit, Michigan, on April 11, 1954, to Sally Patricia Belyea Carew and Ralph Lawrence Carew II. He was a Refrigeration Technician for Delmonte Fresh Produce in Dallas. He was married to Cheri (Campbell) Carew, in 1995, they moved to Commerce, Texas.
Richard loved his family, his dog, his chickens and fishing.

He was preceded in death by his parents, Sally and Ralph Carew II; his sister, Carol Jane Dickinson; and, his brother, Chris Carew.

There will be a shared service with his sister, Carol Jane, who died earlier in August, at St. Colette Church, in Livonia Michigan. Family and friends will gather together afterwards at uncle Ed's in celebration of their lives.

To order memorial trees or send flowers to the family in memory of Richard James Carew, please visit our flower store.