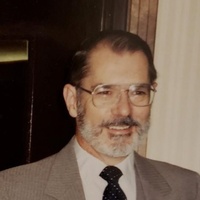 Clay Yeager was born in Tahlequah Oklahoma to very proud parents; mother, Jimmie Juanita Fair Yeager and father, Clell Yeager. He grew up in the beautiful town of Tahlequah with his cousins and many friends. He found his love of music early in life. He was in the school boys quartet and choral group. God blessed him with a beautiful tenor voice that many enjoyed through his lifetime. He also discovered how deeply that he cared to animals; not just pets, but exotics and African species. He said many time that he wish he would have become a veterinarian in a zoo.

The Yeager family was very involved in the First United Methodist Church in Tahlequah. Clay graduated from Tahlequah Central High School in May of 1949. He attended Northeastern State College in Tahlequah and graduated with a Bachelor of Arts degree in May of 1953. It was then that he began to feel the calling to become a servant of the Lord as a Methodist minister.

Following his quest to be a voice and witness of Christ, he moved to Dallas Texas to attend Perkins Seminary at Southern Methodist University. He was awarded a Masters of Theology in May of 1956. He met the love of his life, Serita Nadine Yeager, while attending SMU. After both graduated in May of 1956, they married on August 7, 1956 in Perkins Chapel.

He fathered two children, whom were his pride and joy: Evan Todd Yeager in April of 1960 and Kathleen Marie Yeager in May of 1965. He was a doting father and took his role of raising and nurturing his children as a central importance in life. No event was too small to celebrate. He was present for his children and was their rock.

He went on to serve over 25 churches in his career as Methodist minister and Godâ€™s servant. He retired and settled in Commerce Texas, where he live for 14 years, before relocating to Denison Texas to be closer to his cherished adult children.

He loved any given opportunity to share a story or tell historical facts. History fascinated him. He was proud to be a descendent of Jessie James and other outlaws, which in itself was entertaining. He captivated people with is intelligence, humor, and smile.

Clay was preceded in death by his father and mother, and his wife, S. Nadine Yeager. Clay leaves behind Son, Dr. Evan Yeager and wife, Joleen of Trenton, Texas; Daughter, Kathleen Boatright and husband Paul of Denison, Texas; 3 grandchildren: Jessica Ramey and husband Clinton of Sherman, Texas; Victoria Ham and husband Josh of Santee, California; and Nathaniel Yeager of Trenton, Texas. He leaves behind 5 great grandchildren: Ashton Foster, Carter Ramey, Maddisyn Ramey, Audrey Ham, and Zachary Ham. There are many acquaintances, cousins, coworkers, and friends that will miss him as well. To know him was to love him.

A celebration of Clayâ€™s life will be held on Saturday, June 23rd at 11:00 am at Waples Memorial United Methodist Church, located at 830 W. Main Street in Denison, Texas. The service will be under the direction of Jones-Walker & Son Funeral Home of Commerce, Texas. The Reverend Cheryl Murphy will be officiating.

In lieu of flowers, please make donations to DAWG, the local animal welfare organization in his name. That is truly where his heart would want to be.

He will be laid to rest at Pike Cemetery in Pike Texas, beside his wife Nadine.