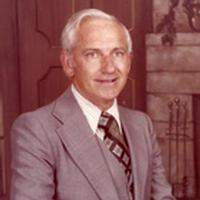 Glendle was a minister in the Church of the Nazarene from the age of 16 and was ordained by the church in Bethany, Oklahoma, on July 26, 1973. Glendle pastored churches in Oklahoma, Texas and Arkansas.

He is survived by his wife Beverly and their five children: Glenda Clemens and her husband David of North Bend, WA., Cynthia Brumley and her husband John of Norman, OK., Dr. Becky Graham and her wife Cheryl Eimer of Overland Park, KS., Ralph Rains and his wife Cheryl of Bethany, OK., and David T. Rains and his wife Darla of Hot Springs Village, AR.; his sister-in-law Dortha Rains of Armstrong, OK; and, his brother Ted Rains and his wife Jolene of Dekalb, TX. Glendle is also survived by 21 grandchildren, 21 great grandchildren and a host of other family members and friends.

Burial will be in Caddo, Oklahoma.

To order memorial trees or send flowers to the family in memory of Rev. Glendle Rains, please visit our flower store.