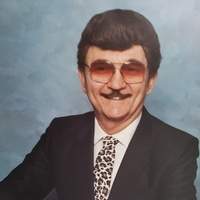 "I'm ready and it is well with my soul" were the last words of Rev. Lyndon D Petty before meeting his Lord and Savior on Friday March 30, 2018.

Rev. Petty was born July 23, 1932 to Elvon and Carmen Petty in Horton, Texas. He was a 1949 graduate of Wilson High School in Wilson, Texas and on April 5, 1949 at the age of 18, he began a life long journey into the ministry for Jesus Christ. He began singing and playing his guitar in various churches around the Lubbock area and soon became the music director under the ministry for Boyd and Helen McSpadden of Faith Temple in Lubbock, Texas. He continued singing with several gospel groups and then went into evangelizing throughout Texas as well as parts of California and Kansas.

Lyndon had a great love for Southern gospel music and it was a big part of his ministry and during the late 70's he hosted the Southern Gospel Hour radio program in Austin, Texas. He pastored several churches in the Austin area, as well as in Borger, Commerce and Black Oak, Texas. Rev. Petty was employed at one time with the Cook-Walden funeral home in Austin and had part time jobs at the University of Texas and the United States Postal System.

While taking a break from the ministry he liked riding his motorcycle, reading and loved to play his guitar, piano and organ. In his later years, he spent loving and caring for his pets, making daily calls to his family, friends and meeting some for breakfast. Lyndon Petty was truly dedicated to his Master and on that Friday in March, after hearing his Master call, he rose to be with Him.

He is survived by his nephew, Derek Petty of Florida, many cousins, and numerous friends.

Service will be on Friday, April 6, 2018 at 11:00 A.M. at Jones-Walker & Son Funeral Home. Interment will follow at Shiloh Cemetery in Delta County.

To order memorial trees or send flowers to the family in memory of Rev. Lyndon D. Petty, please visit our flower store.