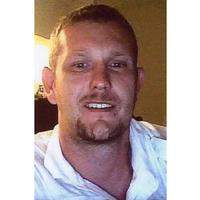 Randy was born in Dallas, Texas, on May 30, 1980, to Jewel Marie Peters Stone and Randall Clinton Stone Sr. he was married to Candi Renee Stevens Stone. Randy enjoyed fishing, hunting and fixing things around the house; but, his greatest joy was his family.

He is survived by his wife, Candi Stone; his mother, Jewel Peters; his son, Caleb Stone; his daughter, Haylie Stone; his step-son, Hayden Stevens; his brother, Chris Stone; and, his sister, Melissa Stone.

He was preceded in death by his father, Randall Clinton Stone Sr.

To order memorial trees or send flowers to the family in memory of Randall Clinton Stone, Jr., please visit our flower store.