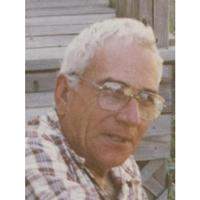 Ralph Kenneth Smith, (Sonny) 79, years old of Commerce, Texas, lost his battle with Cancer at his home in Commerce, Texas, surrounded by his family on May 18,2016. Mr. Smith was born in Bonham, Texas, on July 30, 1936, to Ralph and Gladys Smith. He grew up and attended school in Ladonia, Texas, where he played football for the Ladonia Rattlers and graduated from there in 1955.

After graduation Kenneth started working at Sears Roebuck Company servicing Heating/Air Conditioning Units and Refrigeration Units. In 1959-1962 Kenneth served in the Army and was stationed in Fairbanks Alaska. He was promoted from PFC to SP4 E-4, shortly before discharge from the Service. When he returned home to Texas from the military, he resumed his career with Sears Roebuck Company as a Supervisor of Customer Service in Garland Texas. Kenneth moved from Garland to Wolfe City in 1974. He retired from Sears in 1975 and opened his own gas station which he named Ken's Mobile. It was located on Santa Fe Street in Wolfe City, Texas, where currently Ennis Tag and Label shipping department is located. Kenneth's Son Kyle currently works where that station was once located. Kenneth sold his Gas Station in 1977 and went to work for Hennington Publishing Company until 1981. In 1981-2000, Kenneth worked for what is now Texas A & M University, Commerce, Texas. He retired from Texas
A & M, Commerce in 2000. Kenneth loved to work in his shop. He could repair just about anything. His passion was making things with his own hands. An old garage replica was one of the items he made and was entered in the Hunt County Fair by his Grandson Cameron, where Kenneth won a blue ribbon for his creativeness. He and his friend Margaret Combs enjoyed having a vegetable garden each year and they loved sharing their produce with family and friends. Kenneth also loved sitting outside on their screened porch with family and talking about old times.

Kenneth was preceded in death by his Parents and one sister Juanita Rogers.

The family would like to thank everyone who has prayed for Kenneth and his family during his time of illness.

A special thanks to Linda and Larry Middlebrooks for their visits and encouragement to Kenneth and family, and to Kindred Hospice for all their help.

There will be a private service for family only at a later date.

To order memorial trees or send flowers to the family in memory of Ralph Kenneth Smith, please visit our flower store.