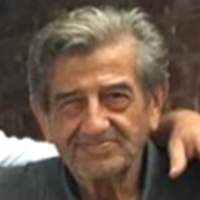 Peter Martin Morales, 76, of Cooper, Tx. passed away on Tuesday November 19, 2019, at 7:38 pm surrounded by his children, grandchildren, and loved ones at Baylor Scott and White Hospital in Plano.

Peter Martin Morales was born January 30 ,1943, in Los Angeles,California to Peter Colombo Morales and Ildra Irene Snook. He served in The United States Airforce during the Vietnam War. He married had 4 children and 14 grandchildren and worked as an Operating Engineer at Nevada Test Site for 25+ years through the International Union Operating Engineers Local 12 and spent another 10+ years building infrastructures throughout Nevada for the same union.

A family memorial service will be held Saturday evening at 6:00 p.m., November 23, 2019, at Jones-Walker and Son Funeral Home in Commerce, Texas.

To order memorial trees or send flowers to the family in memory of Peter Martin Morales, please visit our flower store.