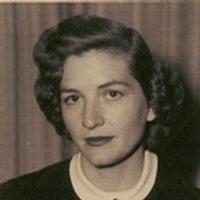 She started teaching in Liberty Eylau, Texas. Peggy taught in Fannindel ISD and East Texas State University. She was the Home Economics teacher and High School Counselor at Commerce ISD. She formed Tri-County Special Education Cooperative in 1971 and served as Director of Special Education working with 11 Districts until she retired in January 1990 with 44 years experience . Peggy was one of only 3 Directors of Special Education in Texas when the Tri-County Coop was formed. She earned a bachelor degree and two master degrees from East Texas State University.

Peggy loved to dance and was an avid volleyball player. After her retirement, she did extensive traveling to Israel and all over the United States.

She was preceded in death by her parents; her husband, Pat Hogan; her brother, Murray Taylor; her sister-in-law, Emma Jean Taylor; and, her nephews: Bruce Moore and Jo Brent Moore.

Funeral services will be held on Friday, April 15, 2016, at 10:00 a.m. at First Presbyterian Church of Commerce with Rev. Krista Rasco officiating.

To order memorial trees or send flowers to the family in memory of Peggy Dean Hogan, please visit our flower store.
Send a Sympathy Card