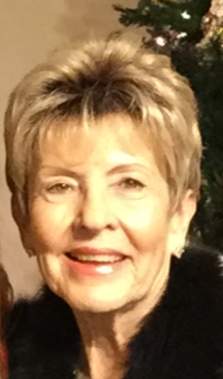 Peggy Cook, 82, formerly of Cumby, passed away in Rockwall, Texas on Sunday night, August 29, 2021.  Peggy was born on November 24,1938, in Chicota, Texas, the daughter of Doyle Sydney Fowler and Letia Mae Melton Fowler. She married Myron "Buddy" Cook on May 30, 1959. Peggy loved shopping and travelling, and enjoyed every opportunity to do so following her retirement from North Texas Title Company where she served as a Title Clerk/loan closer. She also enjoyed reading crime stories and watching the Real TV crime stories as well. Another thing Peggy enjoyed doing was attending Bible Studies at her home church, Cornerstone Baptist Church in Cumby.

Peggy is survived by her son, Micah Augustus Cook and his wife Diane of Rockwall and her grandson, Blake Alan Cook, also of Rockwall. She was preceded in death by her husband, parents, a sister, Mamie Lee "Boots" Morgan, and two brothers: Doyle Ray Fowler and Billy James "Jay" Fowler.

A graveside service will be held for Peggy Cook on Tuesday, August 31, 2021, at 11:00 a.m. in the Cumby City Cemetery with Rev. Jim Moore officiating. It is requested that social distancing be observed during the service.

To order memorial trees or send flowers to the family in memory of Peggy Cook, please visit our flower store.