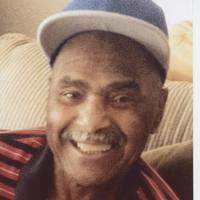 Oliver Clyde Woods, 70, formerly of Ladonia passed away on Saturday, November 5, 2016, in Dallas.

Oliver was born in Ladonia, Texas, on November 9, 1945, to Susie Scott Woods and Willie Woods. He was a butcher and began attending Pleasant Grove church at an early age.

Survivors include his sons: Marcus Woods of Bonham, Stacy (Sonia) Woods of Honey Grove and Frederick Woods of Anna,; his daughters: Norma Woods of Bonham and Linda Crear of DeSoto; his eight grandchildren; and, his great grandchild. He is also survived by his brother,Harold (Gloria) Woods of Wylie; and, his three sisters: Willie Fay Boyer of Ft.Worth, Betty (Bobby) Spead of Dallas and Cynthia Bagent of Dallas. Other survivors include a host of nieces, nephews, friends and relatives.

He was preceded in death by his parents, Susie and Willie Woods; his brothers: Ray and John Woods Sr.; and, his sister, Marietta Maynard.

To order memorial trees or send flowers to the family in memory of Oliver Clyde Woods, please visit our flower store.