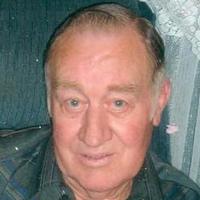 Born July 27, 1938, in Birthright, TX, he was the son of Irine Small Johnson and Earl Eugene Johnson. He graduated from West Delta High School in 1957.

Olen married Billie Louise Smithers on May 5, 1972. He retired in 1993 after 30 years with the Texas Department of Transportation in Cooper.

He is survived by his sons: Terry Johnson of Commerce, Johnny (Kathy) Burton of Commerce, Harold (Donna) Bowen of Gladewater, Bryan (Julie) Bowen of Commerce; his daughters: Kay (Charley) Clampitt of Cumby, Peggy (Joel) Gammons of Edgewood, Joyce (Jeff) Dixon of Sulphur Springs; his foster daughter, Tonya Bowen of Hot Springs, Arkansas; his 15 grandchildren; and, his 24 great grandchildren. He is also survived by his brothers: Nevoy (Wanda) Johnson of Klondike and Glenn (Betty) Johnson of Whitewright; and, his sisters: Laqueta (Jerry) Parker of Cumby, Vera (Sammy) Lancaster of Cooper and Rita Morris of Paris.

To order memorial trees or send flowers to the family in memory of Olen Earl Johnson, please visit our flower store.