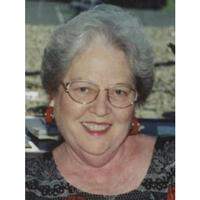 Norma Diane Stovall Little of Commerce passed from this life on Tuesday, August 2, 2016, at the age of 80 years, 7 months and 28 days. She was a lifelong resident of the Great State of Texas. Norma enthusiastically traced her ancestors to the War between the States, the American Revolution; and, 3 U S Presidents.

She was a longtime administrative assistant in various offices at Texas A & M University-Commerce, known then as East Texas State University. She was a member of Daughters of the American Revolution, United Daughters of the Confederacy, the Audie Murphy Museum of Greenville and the Children's Museum of Commerce. Diane was very interested in genealogy and in the Confederate and American Revolution history.

She is survived by her three sons: Rick (and Paula) of Comanche TX, Monty (and Debbie) of Campbell TX, and Buzz (and Tami Fucci) of Sacramento CA; 7 grandchildren: Jeremy (and Kristi) of Lubbock, Jason (and Lisa Simon) of Carrollton, Sara Howard of Incline Village NV, Katie (and Jon) Hoyer of Keller, Wesley (and Kristin) of Cumby, Austin of Sacramento and Mason of Campbell. She is also survived by her brother, Jerry Madison Stovall of Rockport TX; 7 great grandchildren; a niece and nephew; plus countless friends and acquaintances she welcomed into her home like an extended family.

Funeral Services will be held on Saturday, August 6, 2016, at 10:00 a.m. at First Presbyterian Church of Commerce with Rev. Krista Rasco officiating.

To order memorial trees or send flowers to the family in memory of Norma Diane Little, please visit our flower store.