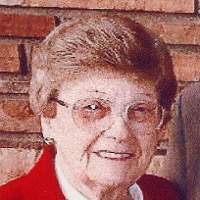 Norma Married her soul mate Haydn Algardi Fox Sr. who preceded her in death on June 1, 2011. They were married for a happy 64 years.

Next, they moved to Cairo, Il, then to Cape Girardeau, Mo when Haydn retired. In Cape she worked as Office Manager for Rickard Construction Company for 15 years and finally Bell Hearing Aid Center before retiring. During all her careers she also was a full-time mother.

To order memorial trees or send flowers to the family in memory of Norma Jeanne Fox, please visit our flower store.