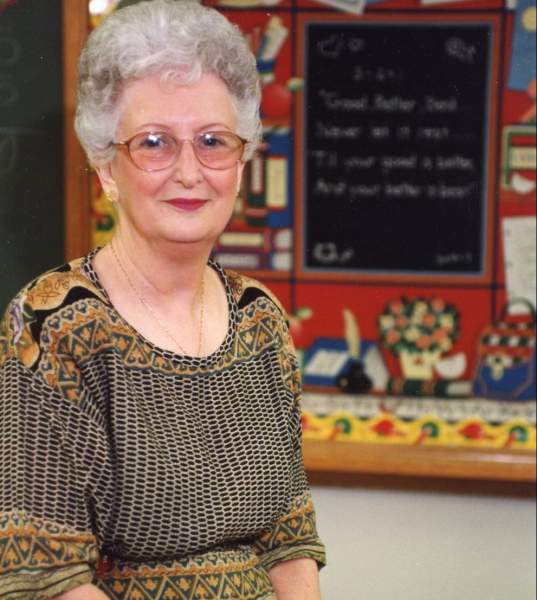 Nelia C. Wickersham, 87, of Klondike passed away Wednesday morning October 27, 2021 at Hunt Regional Hospital in Greenville. Nelia was born on August 13, 1934, in Klondike, Texas, the daughter of James Carl Humphries and Reda Mae Roark Humphries. She married H.E. "Buddy" Wickersham on April 5, 1953, in DeQueen, Arkansas. Her love for children was displayed through her 50 + years as an educator. She taught for more than 40 of those years at O'Banion Middle School in Garland, Texas, where she received the honor of being selected as Teacher of the Year, while serving there. Mrs. Wickersham also showed her support for her four children by being their most avid fan, whether it be for athletics, band, choir, of FFA activities. She loved to cook, sew, crochet and travel with her husband Buddy. She was a longtime member of Eastern Hills Baptist Church in Garland.

Visitation for Mrs. Wickersham will be held in the Jones-Walker Funeral Chapel at 1209 Live Oak, Commerce, Tx. on Monday November 1, 2021 at 1:00 p.m. Her funeral service will be held following the visitation at 2:00 p.m. in the Jones-Walker Funeral Chapel. Interment will be at the Shiloh Cemetery in Klondike, Tx. following the funeral service. Bro. Steve "Fuji" Bryan will officiate and those serving as pallbearers will be: Chris Morris, Jacob Wickersham, David Humphries, Michael Humphries, Larry Humphries, and Colton Morris.

To order memorial trees or send flowers to the family in memory of Nelia C. Wickersham, please visit our flower store.