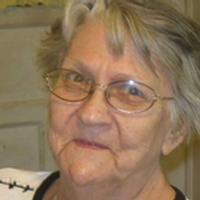 Nelda was born in Deport, TX, on January 20, 1935, to Andrew R. Jenkins and Viola Elizabeth Jenkins. On May 2, 1955, she married John Preston McDaniel. She retired as office manager for A-1 Plumbing.

She was preceded in death by her parents; her husband; her sons: John Preston McDaniel Jr. and Tommy Lee McDaniel; and, her two brothers.

Honorary Pallbearers will be Russell Beasley and Shea Shaw.

To order memorial trees or send flowers to the family in memory of Nelda LaWanda McDaniel, please visit our flower store.
Send a Sympathy Card