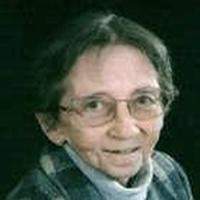 "Chip" was born in New London, Wisconsin, on June 20, 1952, to Myrtle Fields Stilen and Elroy Stilen. She was married to James Phelps.

Survivors include her husband, James Phelps; her two daughters: Kellie Schenk and Michelle Phelps both of Commerce; her two sons: Lynton Hansen of Franksville WI. and Jason Phelps of Greenfield WI; her grandchildren: Brianna Burdick, Ethan Hansen, Callysta Hansen and Michael Weir. She is also survived by her sister, Karen Swanson of Wild Rose, WI.

She was preceded in death by her parents, Elroy and Myrtle Stilen; her daughter, Tricia Hansen; and, her two brothers: Warren and Wayne Stilen.

To order memorial trees or send flowers to the family in memory of Myrtle "Chip" Phelps, please visit our flower store.