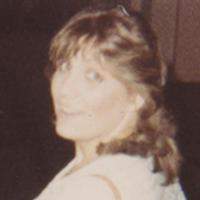 Michele was born in Castroville, Texas, on September 29, 1959, to Ann Louise Crawford Bippert and Marvin Bippert. Michele was a school teacher for many years, at Cooper High School and Commerce High School. She was married to Michael Taylor. In her spare time Michele enjoyed doing ceramics and she was a collector of Teddy Bears.

In January 1990 it was discovered that Michele had a massive brain tumor, she was in Baylor Hospital and Baylor Institute for Rehabilitation for 8 months. She fought a long hard battle for 26 years.

Michael would like to thank the staff at Oak Manor Nursing Home for the 3 1/2 years of wonderful care for his wife and also a special thanks to Dr. Richard Selvaggi.

She was preceded in death by her father Marvin Bippert and her grandparents; Alma & Oscar Bippert and Agnes & Alex Crawford.

A memorial service will be held on Saturday, July 23, 2016, at 2:00 p.m. at Jones-Walker & Son Funeral Chapel of Commerce with Bro. Samuel Glenn officiating.

To order memorial trees or send flowers to the family in memory of Michele Inez Taylor, please visit our flower store.