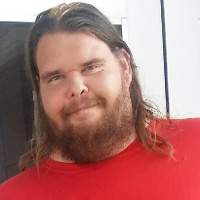 Micheal was born in Fort Worth Texas on June 10, 1985 to Mary Bess Nichols and Micheal Don Charland Sr. He worked as a contracted Maintenance man at Cumby Public Housing.

Micheal was preceded in death by his grandparents, his cousin and his 2 uncles.

A private burial will be held.

To order memorial trees or send flowers to the family in memory of Micheal Don Charland Jr., please visit our flower store.