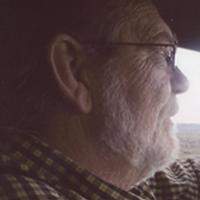 Michael Ray was born in Commerce, Texas, on December 17, 1951, to Mary Frances Marriott Massey and John Edwin Massey. He was married to Jacque Coomer. He retired from the Texas Workforce Commission in Greenville. Michael was a member of First Baptist Church-Commerce where he was a former Deacon. He was also Secretary/Treasurer for the Stewart Cemetery Association.

Michael was a retired Sergeant Major with the United States Army, serving in the Persian Gulf War. He was also a recipient of 2 Bronze Star medals. In his free time, Michael enjoyed being with his family, studying genealogy and fishing.

He won a 20 year battle with cancer.

He was preceded in death by his father, John E. Massey.

Funeral Services will be held on Friday, September 16, 2016, at 11:00 a.m. at First Baptist Church of Commerce with Rev. Kris Myers officiating.

To order memorial trees or send flowers to the family in memory of Michael Ray Massey, please visit our flower store.