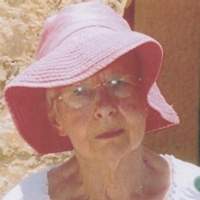 Born on October 27, 1938 in Bowling Green, Kentucky, Mary Elizabeth Channon was the first born daughter of Ethel and Chester Channon. The family moved to Commerce after the end of World War II in 1945. She graduated from the Commerce Public School system in 1956. Ms. Channon graduated from East Texas State College with a Bachelor of Science degree in Elementary Education. Later she completed courses to earn both a Master degree in Library Science as well as a Master degree in Audio Visual.

Mary Elizabeth worked as a Government School Librarian in the Texas school systems. She wrote and published two books on the subject of the Pre-Civil War and the Civil War. She loved to spend her time on her research work at the public library and at McKayâ€™s Country Kitchen. She was a strong Christian woman whom attended regularly at the Epiphany Episcopal Church then later at the Trinity Lutheran Church.

"Ibby", as she introduced herself to most, will be remembered by her friends for her spunky spirit, kind soul, and incredibly tough, independent personality. She was a one of a kind blessing.

Mary Elizabeth is survived by her sister, Sarah Tucker of Alabama, cousin, Sally McFarland and her beloved friends.

She is preceded in death by her parents.

Mary Elizabeth will be buried at Rosemound Cemetery beside her parents.

To order memorial trees or send flowers to the family in memory of Mary Elizabeth Channon, please visit our flower store.