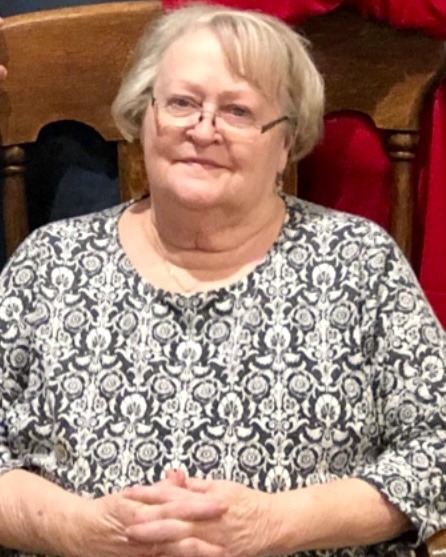 Mary Annette Stoffels was born August 9,1942 to Albert and Wilda Slaton Stoffels in Muenster, TX.   She was named after her two grandmothers, Annie Stoffels and Mary Slaton.  She passed away January 8 at her home in Wolfe City surrounded by her beloved family.  She was the first of five children. Ann grew up on a farm west of Muenster,Tx. She attended and graduated from Sacred Heart Catholic school in 1960.  While still in high school she began working at Wilde Chevrolet in Muenster.  Ann married Larry Gilley at All Saint's Catholic in Fort Worth. They were blessed with two sons James and Joe.   Cameron Gilley was Ann's beloved grandchild.    Later Ann married Kenneth Wilson and he preceded her in death.   Ann was multitalented in business and her creative endeavors- including quilting, stained glass projects, making rosaries, genealogy research, and loving her family.    After working for several car dealerships, she started Gilley's Auto Car Sales with her son James.
She was preceded in death by her parents, her grandparents Nick and Annie Stoffels, John and Mary Slaton and numerous aunts, uncles and cousins.  She is survived by her sons: James and his wife Linda Gilley, Joe Gilley, grandson Cameron Gilley, brother John and wife Terry Stoffels, sisters Betty and husband Robert, Gloria and husband Vic, Karen and her husband Don Sicking, nieces and nephews.    At Ann's request, her sister Betty wrote the obituary.
Visitation will be held Tuesday, January 10, 2023 from 6:00-8:00 p.m. at the Jones-Walker Funeral Home in Commerce, Tx.Funeral Services will be Wednesday, January 11, 2023 at 2:00 p.m. in the Jones-Walker Funeral Chapel.  Pastor Brian Lackey will officiate.  Interment will be in the Wesley Chapel Cemetery with Patrick Miller, Michael Miller, Cameron Gilley, Chuck Crossland, Casey Organ and Chris Stoffels serving as pallbearers.
To order memorial trees or send flowers to the family in memory of MARY ANNETTE "ANN" STOFFELS, please visit our flower store.