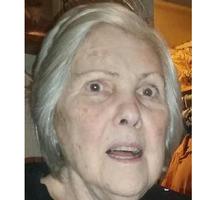 Mary Emma Carrol Bell Anderson, 78, passed away at her home in Fruitvale on Saturday, June 18, 2016.

Mary Emma was born in Dallas, Texas, on November 18, 1937, to Ida Lee Dilbeck and Albert Hamilton Bell. She was married to Jack Anderson. Mary was an Abstractor for the City of Dallas.

Funeral services will be held on Wednesday, June 22, 2016, at 11:00 a.m. at First Baptist Church of Fruitvale, with Bro. Gary Vaughn officiating.

To order memorial trees or send flowers to the family in memory of Mary Emma Anderson, please visit our flower store.