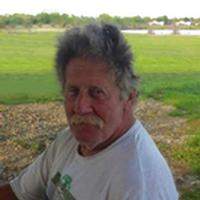 Marvin was born in Palmyra, PA, on July 10, 1948, to Mary Louise Shifflett and Marvin Ashby McDonaldson Sr. He was married to Teresa Wickersham McDonaldson.

He worked for many years as a handyman all around Commerce. Marvin enjoyed fishing, bike riding and spending time with family. He was a master at gin rummy.

He was preceded in death by his parents : Mary and Marvin McDonaldson; his sister, Donna Horst; and his niece, Lisa Fidler.

To order memorial trees or send flowers to the family in memory of Marvin A. McDonaldson, Jr., please visit our flower store.