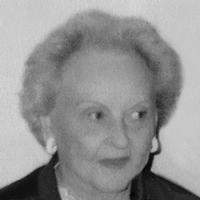 Margret Kelley was a part of Commerce for almost a century. The only child of Felix and Myrtle Phillips Guthrie, she was born in Commerce at a time when downtown had wooden walkways and the grocery store owned by her grandfather â€œGusâ€ Phillips used a horse drawn cart to make deliveries. She was fond of pointing out that when Commerce went to concrete sidewalks Gus made sure to embed in the sidewalk in front of his store a horseshoe which remains there to this day. Margretâ€™s grandmother Maggie Phillips had arrived in Texas as a small child, having traveled from Tennessee by covered wagon in the 1870â€™s. Margret and her parents Myrtle and Felix Guthrie, a Commerce pharmacist, lived for years in a house on Bonham Street next door to her grandparents Gus and Maggie Phillips.

After suffering through the Great Depression as a young girl, in 1935 Margret graduated from Training School, a part of what was then East Texas State Teachers College. Margret later obtained both Bachelorâ€™s and Masterâ€™s degrees in education from East Texas State College.

She began a teaching career in 1938 at Spring Hill, near Longview, a time and place which was in the middle of the East Texas oil boom. After getting her Masterâ€™s degree she taught for almost 30 years in Commerce public schools.

On August 16, 1941, less than four months before Pearl Harbor, she married Woodrow L. â€œWoodyâ€ Kelley. When the war started he became a ensign in the Navy and they lived in Norfolk, Va. where he was stationed. When he was reassigned later in the war they moved to St. Louis, Mo., where their first child Michael G. Kelley, was born in 1944.

After the war they returned to Commerce, last residing in a house on Bonham Street they bought in 1957. Although she obtained two college degrees and taught school for 30 years, Margret never thought it sufficiently useful to learn to drive a car, preferring to walk everywhere even when a ride was available but often relenting when the weather was bad. She usually walked to downtown Commerce at least once a day until a few months after her 98th birthday. Her husband Woody, retired as V. P. of Business affairs for East Texas State University, died in 2002.

Margret died peacefully in her sleep in the same house on Bonham Street where she had lived for the past 60 years. She is survived by sons Michael Kelley of Wimberley, Timothy Kelley of Denton and Patrick Kelley of Whitehouse, along with his wife Donna. She is also survived by grandchildren Regan Kelley of Austin, Christopher Kelley of Washington, DC, and Matthew Kelley of Arlington as well as by cousins Larry Phillips of South Charleston, OH and Peggy Morrison of Barboursville, WV.

To order memorial trees or send flowers to the family in memory of Margret Kelley, please visit our flower store.