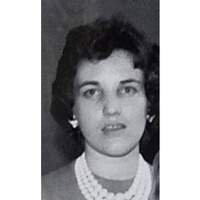 Marcia was born in Olney, Texas, on January 5, 1934, to Mary Telitha Massey Buckalew and Ezra Lafayette Buckalew. She was a graduate of Gladewater High School and attended one year of business college as well. On March 31, 1972, she married Lindon Warden in Durant, Oklahoma, and they were life partners for more than 45 years.

Survivors include her husband, Lindon; her two sons: David Wayne Whisenhunt (Ann) of Springtown, Texas, and Chris Clark Warden (Gabrielle) of Fort Worth; her two daughters: Debra Ann Merriman of Dallas and Ronda Gayle Whisenhunt (Kenny) of Dallas; her 9 grandchildren; her 12 great-grandchildren; and, her 2 great-great grandchildren. Marcia is also survived by her 2 brothers: Eddie Buckalew (Nancy) of Linden, WA, and Danny Buckalew (Beth) of Mineral Wells; and, her sister-in-law, Trish Buckalew.

Marcia was preceded in death by her parents, Ezra and Mary Buckalew; and, her brother, Malcolm Buckalew.

A memorial service will be held on Saturday, December 16, 2017, at 2:00 P.M. in the Jones-Walker & Son Funeral Chapel with Bro. Terry Bryan officiating.

To order memorial trees or send flowers to the family in memory of Marcia Gayle Warden, please visit our flower store.