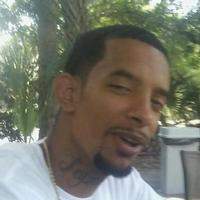 Malcolm was born in Carrollton, Texas, on November 23, 1990, to Natalie Hickson and Lawrence Menard. His dad preceded him in death.

Survivors include his wife, Lapresha; his mother, Natalie Hickson-Streeter; his step-father, Gabe; his brothers: "Bubba", Tony and Abraham; his sister, Cashion; his grandma, "Bernie"; his nephew, aunts, uncles and cousins; and, many, many friends.

To order memorial trees or send flowers to the family in memory of Malcolm Loren Hickson, please visit our flower store.